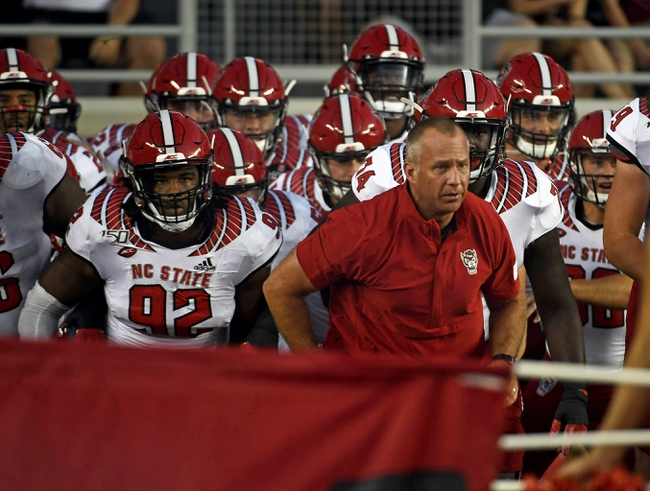 The Syracuse Orange and the NC State Wolfpack will meet up in college football action on Thursday.

Syracuse comes into this game at 3-2 on the season. The Orange have fallen to Maryland and Clemson this year so far, but taken out Liberty, Western Michigan and Holy Cross otherwise.

In a 41-3 blowout of Holy Cross in game five, Syracuse QB Tommy DeVito had 269 yards with four touchdowns and one pick, while Abdul Adams logged 42 yards and a score on the ground. Taj Harris led the Syracuse receivers with 107 yards and a TD on six grabs.

Over on the NC State side, they’re 3-2 as well. The Wolfpack have taken out East Carolina, WCU and Ball State this season while falling to West Virginia and Florida State.

In the 31-13 loss to the Seminoles, NC State QB Bailey Hockman logged 208 yards with a TD and Jordan Houston led the rush on 61 yards. Devin Carter added 68 yards on four receptions there as well.

DeVito appeared to suffer a minor injury in the Holy Cross game during the fourth quarter, but by most indications it looks like he should be good to go here. That’s great news for the Orange, who will need the help in what should be a tight game.

Both these teams can put up the points and I wouldn’t be surprised to see this one come down to the wire. I’m going to go with NC State to eke out a cover but realistically staying away. The line is just too tight.