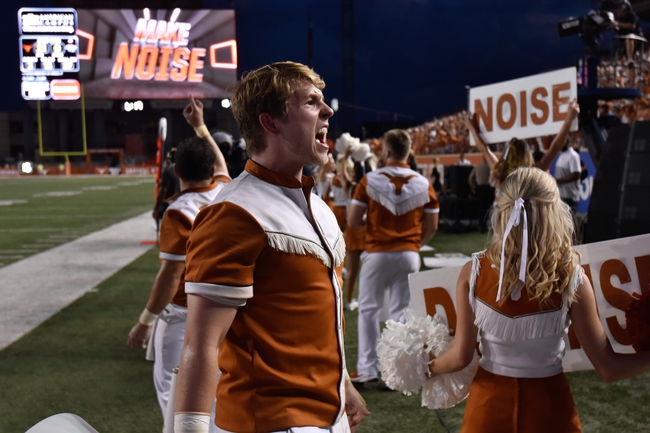 The Texas Longhorns and the West Virginia Mountaineers will meet up on the college football circuit Saturday.

Texas comes in here at 3-1 so far. The Longhorns fell to LSU in their second game but otherwise have taken out LA Tech, Rice and Oklahoma State.

In the OK State game, Texas QB Sam Ehlinger had 281 yards with four TDs and one pick, while Keaontay Ingram had 114 yards rushing. Devin Duvernay had 108 yards on 12 grabs with a TD receiving as well.

Over on the West Virginia side, they’re 3-1 as well. The Mountaineers fell to Missouri in their game two, and have beaten JMU, NC State and Kansas. In the Kansas win, WVU quarterback Austin Kendall had 202 yards passing, and Kennedy McKoy had 73 yards and a score rushing. TJ Simmons was the top receiver with 46 yards on four catches.

Texas’ big win over the Cowboys cements their status as a national powerhouse, and overall they’ve delivered some nice performances so far. Realistically I don’t think the Mountaineers have the firepower to keep pace here so I’m going Texas.