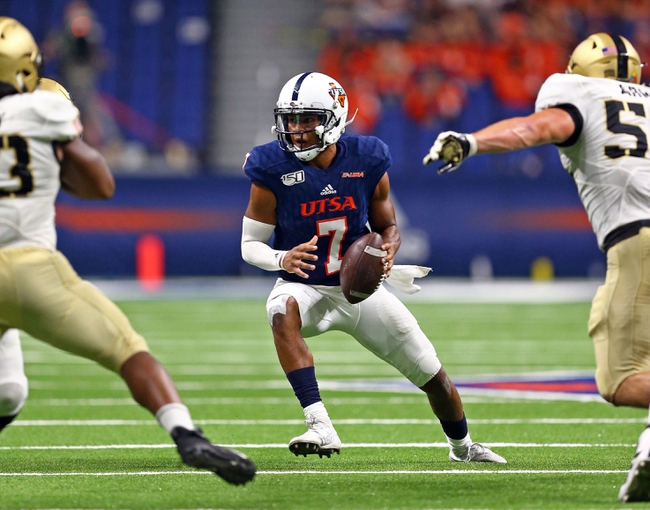 The UTSA Roadrunners and the UTEP Miners meet in a week 6 C-USA college football matchup from the Sun Bowl on Saturday night.

The UTSA Roadrunners will be out to snap a three game losing streak after a 45-3 loss to North Texas in their last outing. Frank Harris leads UTSA with 486 passing yards, 3 touchdowns and a pair of interceptions on 72.5% passing while Sincere McCormick leads the Roadrunners in rushing with 250 rushing yards and 3 touchdowns. Carlos Strickland II leads UTSA with 85 receiving yards while Sheldon Jones has a team-high 13 receptions. Defensively, Andrew Martel leads UTSA with 27 total tackles including 18 solo tackles. As a team, UTSA is averaging 327.8 yards of total offense and 16.2 points per game while allowing 403.5 yards of total defense and 36.5 points per game against this season.

The UTEP Miners will be out to snap a three game skid of their own after a 31-13 loss to Southern Miss in their last outing. Brandon Jones has thrown for 454 yards, a touchdown and 2 interceptions on 50% passing while Treyvon Hughes leads UTEP in rushing with 252 rushing yards and 4 touchdowns. Devaughn Cooper leads UTEP in receiving with 10 catches for 147 yards while Tre’Shon Wolf, Jess Trussell and Alan Busey each have 100+ receiving yards for the Miners this season. Defensively, Justin Rogers and Michael Lewis are tied for the team lead with 28 total tackles while Justin Prince is right behind with 27 total tackles including a team-high 18 solo tackles. As a team, UTEP is averaging 302.8 yards of total offense and 18.2 points per game while allowing 437.2 yards of total defense and 35 points per game against this season.

The road team has had all of the recent success between the two sides, but other than that, I can’t find a reasonable angle to take UTSA here. First off, Frank Harris, their top quarterback may be out, and even if he plays, it’s not like the Roadrunners have been particularly effective on offense since their opening week win against FCS Incarnate Word. UTEP is on the same wavelength, but the Miners have at least been competitive against their opposition and I think that the Miners can get the job done so I’ll lay the points with UTEP in this spot.