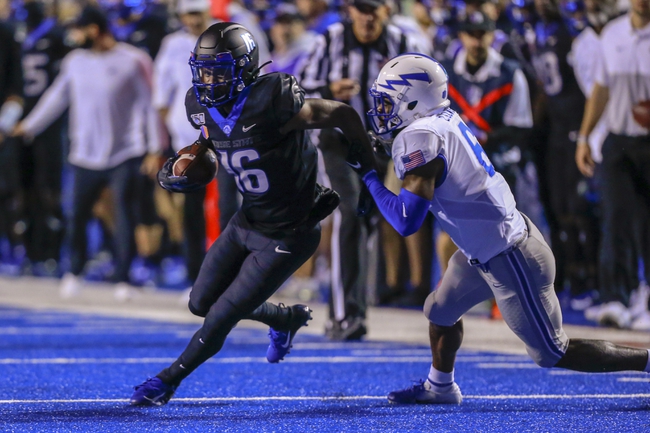 The Boise State Broncos and the UNLV Rebels will meet up on the college football field Saturday.

The Broncos come in here with a 4-0 mark so far. Boise State has taken out Florida State, Marshall, Portland and Air Force in succession this season.

In the Air Force win, Boise QB Hank Bachmeier had 263 yards with two TDs and Robert Mahone had 73 yards rushing with two scores. CT Thomas was the high man on receiving with 119 yards and a TD on five catches.

Over on the UNLV side, they’re 1-3 overall. The Rebels took out Southern Utah in their opener but have since dropped to Arkansas State, Northwestern and Wyoming.

In the Wyoming loss, UNLV quarterback Kenyon Oblad had 176 yards with two picks, and Darran Williams had 30 rush yards. Giovanni Fauolo had 83 yards receiving from four catches and scored a TD.

Boise has had a couple of relative close calls this year, but over the past couple of weeks it seems they’re finding their stride. The Broncos have logged 75 points and allowed 29 over their last pair.

I feel like UNLV will probably be outgunned here so I’m going with the Broncos.