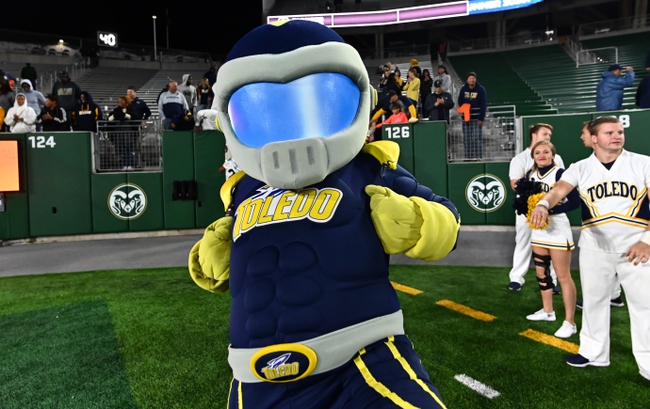 The Western Michigan Broncos and the Toledo Rockets will match up on the college football gridiron Saturday.

Western Michigan is sitting at 3-2 on the year. The Broncos have fallen to Syracuse and Michigan State but otherwise taken out Monmouth, Georgia State and Central Michigan.

In the win over Central Michigan, Broncos QB Jon Wassink had 244 yards, one TD and one pick, and LeVante Bellamy had 105 yards and a TD rushing. Skyy Moore had 67 yards on four catches as well.

Over on the Toledo side, they’re 3-1 this season. The Rockets fell to Kentucky in the opener but have since dispatched Murray State, CO State and BYU.

In the win over BYU, Toledo QB Mitchell Guadagni had 206 yards with one TD and one pick, and Shakif Seymour had 96 yards rushing with a TD. Desmond Phillips added 64 receiving yards for the Rockets there.

Western Michigan has been putting up some pretty respectable offensive numbers overall this season, and outside of their two mismatched losses they’ve played well on defense as well (38 combined points allowed in those three games).

This should be a pretty fun matchup but I like the Broncos to get in there and cover.