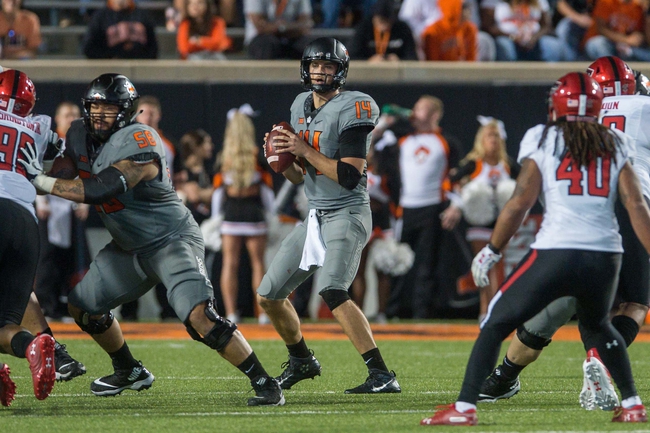 The Oklahoma State Cowboys have covered 10 of their last 15 games as a double-digit favorite. The Texas Tech Red Raiders have covered six of their last eight games as a double-digit underdog. Oklahoma State has been impressive up to this point and has actually shown improvement defensively from past years. Texas Tech is still without its starting quarterback, but Jett Duffey is an experienced backup who can make plays with his legs and should be more comfortable at home, especially with some reps under his belt against Oklahoma. These games have a history of being back and forth high scoring contests, and three of the last five meetings were decided by 10 or less points. I'll side with the Red Raiders and the points.