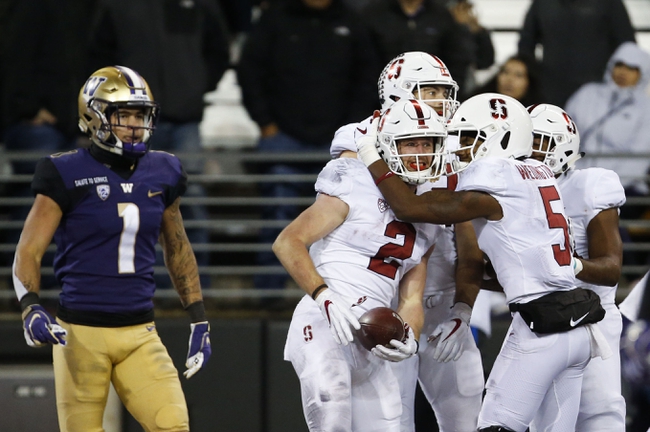 The Washington Huskies and the Stanford Cardinal will meet up on the college football circuit Saturday.

Washington comes into this one at 4-1 so far. The Huskies fell to California back in Week 2 but otherwise have taken out Eastern WA, Hawaii, BYU and USC.

In the win over the Trojans, Washington QB Jacob Eason had 180 yards passing, and Salvon Ahmed added 153 rush yards and a score. Aaron Fuller had 68 yards on six catches to lead the receivers.

Over on the Stanford side, they’re 2-3 this season. The Cardinal have fallen to USC, UCF and Oregon but taken out Northwestern and Oregon State.

In the win over the Beavers, Stanford QB Davis Mills had 246 yards with three scores, and Cameron Scarlett had 92 yards rushing. Michael Wilson had 87 yards and a TD on three receptions as well.

Outside of a one-point loss to Cal, Washington has been rolling right through everything on the schedule without too much difficulty. Stanford probably has the offensive firepower to keep up here for a little while but realistically I don’t see them getting close. I’m going to take Washington.