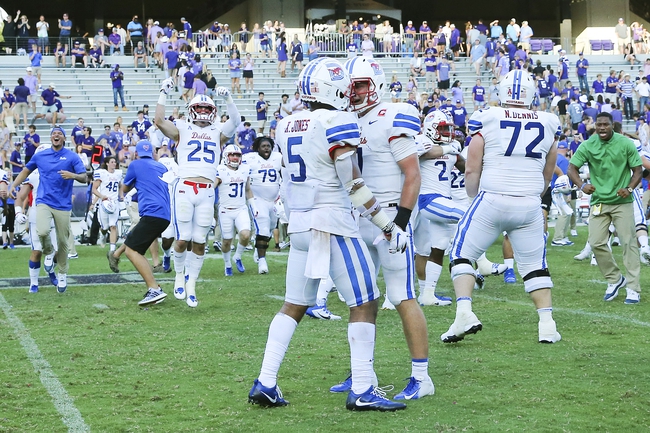 The SMU Mustangs look to improve to 6-0 on the season to keep pace in a wide open AAC. The SMU Mustangs have won five of their last seven home games. Shane Buechele is completing 69.4 percent of his passes for 1,385 yards, 10 touchdowns and five interceptions. Buechele has two or more touchdown passes in his last four games. Reggie Roberson Jr. and James Proche have combined for 886 receiving yards and eight touchdowns while Kylen Granson has 12 receptions. The SMU Mustangs ground game is averaging 222.4 yards per contest, and Xavier Jones leads the way with 525 yards and 10 touchdowns. Defensively, SMU is allowing 26.6 points and 363.6 yards per game. Patrick Nelson leads the SMU Mustangs with 29 tackles, Delontae Scott has 3.5 sacks and Rodney Clemons has three interceptions.

The Tulsa Golden Hurricane have covered six of their last nine games as a double-digit underdog. The SMU Mustangs have covered six of their last 10 games as a double-digit favorite. Tulsa isn't the same team it's been in past years, as the offense isn't nearly as explosive and it's a team that usually gets waxed whenever stepping up in competition. The SMU Mustangs have been an offensive machine out of the gate, scoring no less than 37 points in their first five games and they have a chance to keep that momentum heading into a bye week. I'm buying what SMU is selling right now. I'll take the Mustangs just under two full touchdowns.