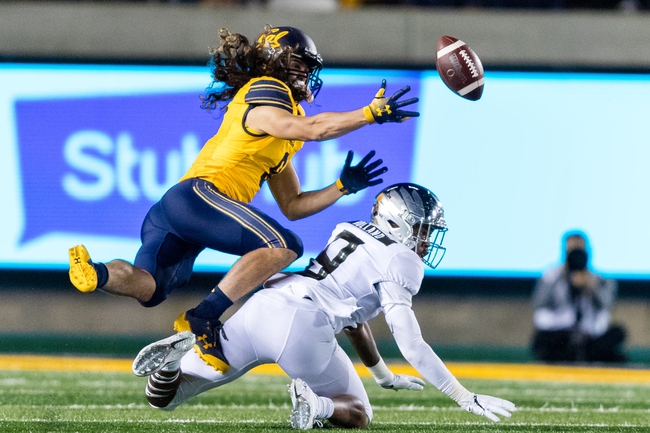 The Cal Golden Bears look for their third road victory to build on their solid 4-1 start to the season. The Cal Golden Bears have won five of their last seven road games. Chase Garbers is completing 59.1 percent of his passes for 952 yards, eight touchdowns and two interceptions. Garbers has one or less touchdown passes in eight of his last 11 games. Nikko Remigio and Kekoa Crawford have combined for 373 receiving yards and three touchdowns while Jordan Duncan has nine receptions. The Cal Golden Bears ground game is averaging 147.8 yards per contest, and Christopher Brown Jr. leads the way with 389 yards and three touchdowns. Defensively, Cal is allowing 18.6 points and 366.2 yards per game. Evan Weaver leads the Cal Golden Bears with 78 tackles, Cameron Goode has three sacks and Traveon Beck has one interception.

The Oregon Ducks look for another victory to build on their three-game winning streak. The Oregon Ducks have won their last five home games. Justin Herbert is completing 74.4 percent of his passes for 1,127 yards, 14 touchdowns and zero interceptions. Herbert has 13 touchdown passes in his last three games. Jacob Breeland and Johnny Johnson III have combined for 529 receiving yards and seven touchdowns while Jaylon Redd has 17 receptions. The Oregon Ducks ground game is averaging 154.7 yards per contest, and CJ Verdell leads the way with 231 yards and two touchdowns. Defensively, Oregon is allowing 10.5 points and 262.8 yards per game. Troy Dye leads the Oregon Ducks with 25 tackles, Mase Funa has three sacks and Jevon Holland has two interceptions.

The Cal Golden Bears have covered six of their last eight games as a double-digit underdog. The Oregon Ducks have split their last eight games ATS as a double-digit favorite. Cal has been good in these sort of spots recently, but being without its starting quarterback in Chase Garbers is massive when you consider they're going up against one of the most explosive offenses in the country. The Oregon Ducks have had an extra week to rebound from a physical game against Stanford and returns home where they're averaging 56 points in two games. With a banged up offense, it's going to be tough for Cal to hang around.