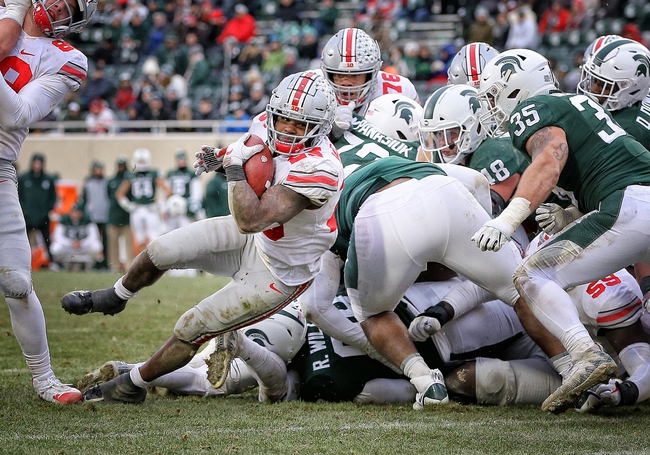 The Michigan State Spartans have covered six of their last nine games as a double-digit underdog. The Ohio State Buckeyes have covered five of their last six games as a double-digit favorite. We're never quite sure which Michigan State team is going to show up, as we've seen different versions of this squad and the offense can go ice cold. Ohio State has done nothing but beat teams into the ground and you can argue the Buckeyes have been the most impressive team in the entire country. Ohio State has won the last three games against Michigan State, and they've won those games by an average of 22 points. I'm not stepping in front of the Buckeyes right now.