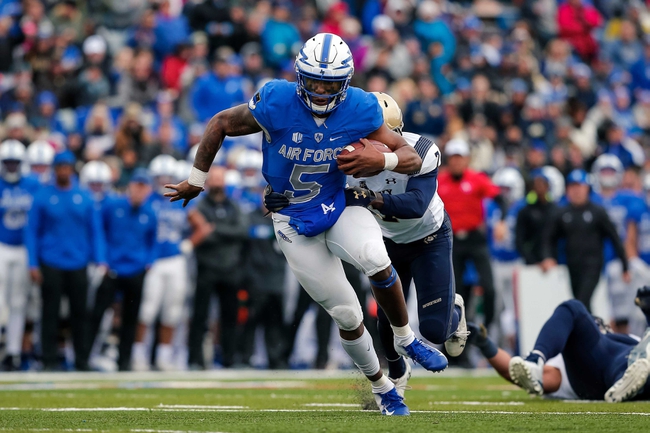 The Air Force Falcons will look to pick up some steam after a 41-24 win over San Jose State in their last outing.  Donald Hammond III has thrown for 369 yards, 4 touchdowns and 2 interceptions on 56.3% passing while also rushing for a team-high 5 rushing TDs and 135 rushing yards this season. Kadin Remsberg leads Air Force in rushing with 342 yards and 3 touchdowns while Taven Birdow has 338 yards and 2 touchdowns. Timothy Jackson, Christian Mallard and Joshua Stoner each have 100+ rushing yards this season while Geraud Sanders leads Air Force in receiving with 13 grabs for 291 yards and 3 touchdowns while Benjamin Waters has 4 catches for 111 yards. Jeremy Fejedelem leads Air Force with 31 total tackles including 20 solo tackles and 1.5 sacks this season. As a team, Air Force is averaging 444 yards of total offense and 34.5 points per game while allowing 304.8 yards of total defense and 21 points per game against this season.

This entire pick revolves around the status of Navy QB Malcolm Perry, who is questionable at the time of posting this article. Mainly because obviously QB is one of, if not the most important position in the option offense. With that said, I’m going to go under the assumption that Perry plays until I hear otherwise and if that’s the case, I’m taking the points with Navy in a game I see the Midshipmen winning outright. Air Force is much improved and have had some solid showings this season, but the Middies are the best in the country running the football and have had the bulk of the success at home against Air Force over the years.