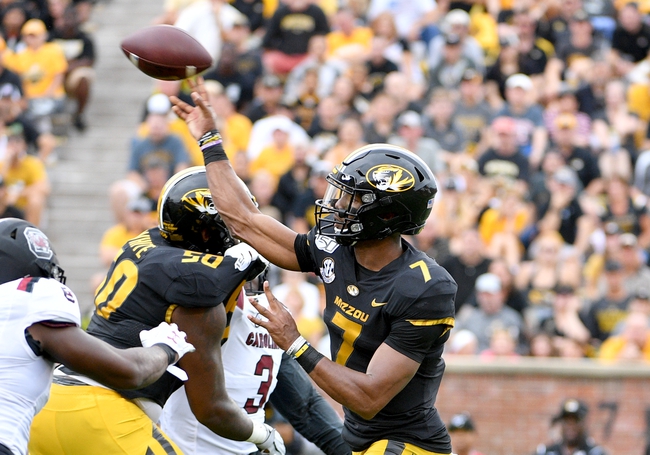 The Troy Trojans and the Missouri Tigers meet in a week 6 college football matchup from Faurot Field at Memorial Stadium on Saturday afternoon.

The Troy Trojans will look to find some consistency after alternating wins and losses in each of their first four games following a 50-43 loss to Arkansas State in their last outing. Kaleb Barker has thrown for 1,367 yards, 13 touchdowns and 2 interceptions on 65.1% passing while DK Billingsley leads the Trojans in rushing with 330 rushing yards and 4 touchdowns. B.J. Smith and Trevon Woolfolk are each in the 100+ yard rushing club for Troy this year. Kaylon Geiger leads Troy in receiving with 26 catches for 388 yards and 2 touchdowns while Reggie Todd and Luke Whittemore each have 200+ receiving yards and Tray Eafford and Khalil McClain each have 180 and 178 receiving yards respectively with McClain boasting a team-high 4 touchdowns. Defensively, Carlton Martial leads the Trojans with 43 total tackles including a team-high 24 solo tackles, more solo tackles than the next player’s total tackles on the Trojans’ list. As a team, Troy is averaging 513 yards of total offense and 40.8 points per game while allowing 392.2 yards of total defense and 29.5 points per game against this season.

The Missouri Tigers will look to build on their three game winning streak after a 34-14 win over South Carolina in their last outing. Kelly Bryant has thrown for 1,025 yards, 8 touchdowns and 3 interceptions on 65.1% passing while Larry Rountree III leads the Tigers in rushing with 375 rushing yards and 4 touchdowns. Tyler Badie has 215 rushing yards while the aforementioned Bryant has 104 rushing yards on the year. Jalen Knox leads Missouri with 200 receiving yards while Albert Okwuegbunam has 157 receiving yards and 4 touchdowns. Johnathon Johnson, Jonathan Nance and Badie each have 100+ receiving yards this season. Defensively, Cale Garrett leads Missouri with 34 total tackles including 25 solo tackles while Nick Bolton has 25 total tackles and a pair of interceptions this year. As a team, Missouri is averaging 460.2 yards of total offense and 38.2 points per game while allowing the 3rd-fewest total yardage against, giving up just 231.2 yards of total defense and 14.5 points per game against this season.

I can certainly understand Missouri being favored here, as the Tigers have been getting it done with stout, solid defense, while also racking up points as Mizzou has demolished West Virginia and South Carolina at home. Howeer, while Troy may lack the name recognition that the Mountaineers and Gamecocks possess, the Trojans are still one of the nation’s highest powered offenses, scoring at least 35 points and 42 or more in three of four games this season. Granted, Missouri is going to be the best team they’ve faced so far, but I think Troy is more than capable of putting up enough points to help keep it within the number, so I’ll take a shot with Troy and the points here.