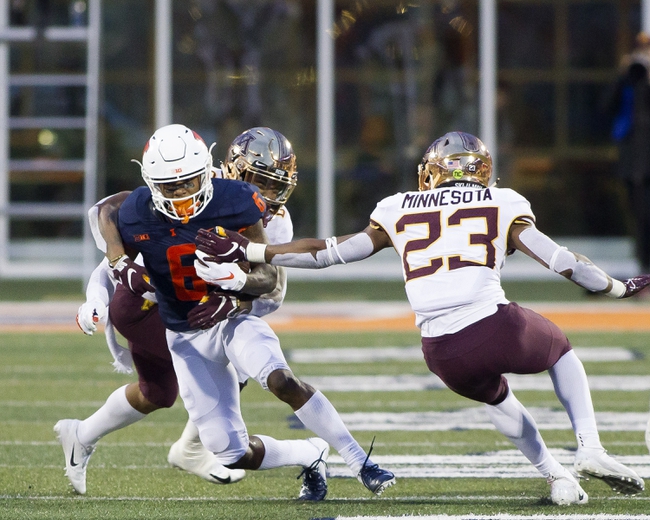 The Illinois Fighting Illini have failed to cover seven of their last 10 games as a double-digit underdog. The Minnesota Golden Gophers have failed to cover 12 of their last 16 games as a double-digit favorite. Illinois just went toe-to-toe with Nebraska, and while that may not be saying much in the grand scheme of things, it's a victory for this struggling program. Also, Illinois has had an extra week to prepare. Minnesota may be 4-0 SU on the season, but it's wins have come by a combined 20 points. Minnesota hasn't shown it can put teams away. I'll take the points with the Illinois Fighting Illini.