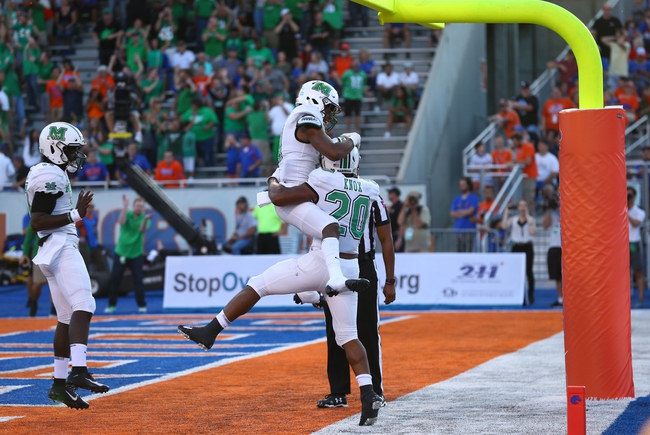 The Marshall Thundering Herd and the Middle Tennessee Blue Raiders will meet up on the college football circuit Saturday.

Over on the Middle Tennessee side, they’re 1-3 this season. The Raiders took a win over TN State in Week 2 but have dropped to Michigan, Duke and Iowa otherwise.

In the 48-3 loss to Iowa, Middle Tennessee QB Asher O’Hara posted 110 yards passing and led the rush with 33 yards. Jarrin Pierce was the top Raiders receiver on 43 yards from six grabs.

Marshall is a little puzzling this year, as they’ve looked very competitive in their first three games, but didn’t get much going at all against Cincinnati. MTU is in something of the same boat, as they’ve scored just 21 points over their last two outings but started out fairly strong.

All things considered here I feel like Marshall has this one in control.