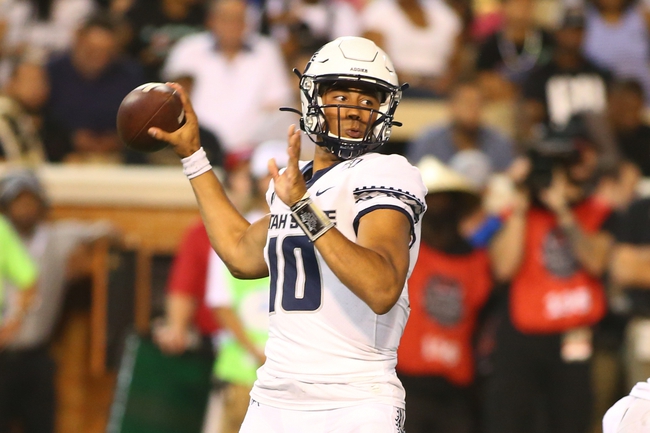 The Utah State Aggies and the LSU Tigers meet in a week 6 college football matchup from Tiger Stadium on Saturday afternoon.

The LSU Tigers will look to remain unbeaten after having an extra week to prepare for this game, improving to 4-0 on the year after a 66-38 win over Vanderbilt last time out. Joe Burrow has thrown for 1,520 yards, 17 touchdowns and 2 interceptions on 80.6% passing while Clyde Edwards-Helaire leads the Tigers in rushing with 288 rushing yards and 5 TDs. Ja’Marr Chase leads LSU with 397 receiving yards and 5 touchdowns while Justin Jefferson is right behind with a team-high 21 catches for 392 yards and 5 touchdowns of his own. Terrace Marshall Jr has 20 grabs for 304 yards and a team-high 6 touchdowns this season. Defensively, Jacob Phillips leads LSU with 35 total tackles including 18 solo tackles. As a team, LSU is averaging the 3rd-most total yardage per game, racking up 563.8 yards of total offense, including the 2nd-most passing yards per game with 431.8 yards per game and the highest-scoring offense in FBS, averaging 57.8 points per game. The LSU defense is allowing 320 yards of total defense and 23.2 points per game against this season.

I completely get LSU being favored at home as Tiger Stadium is one of the tougher venues on the road to go and compete. Utah State also didn’t look great against Colorado State despite winning by 10 points, while LSU racked up another 66 points, making it 4 for 4 this season scoring at least 45 points in a game. However, this may be a pick to check back on later in the week as guys like Burrow and Justin Jefferson are questionable for LSU after suffering injuries against Vanderbilt. Utah State is talented offensively and can put points on the board so laying this many points is dicey as it is, but if two of LSU’s top guys can’t go, I’m for sure on the points with Utah State which is where I’m leaning for this one.