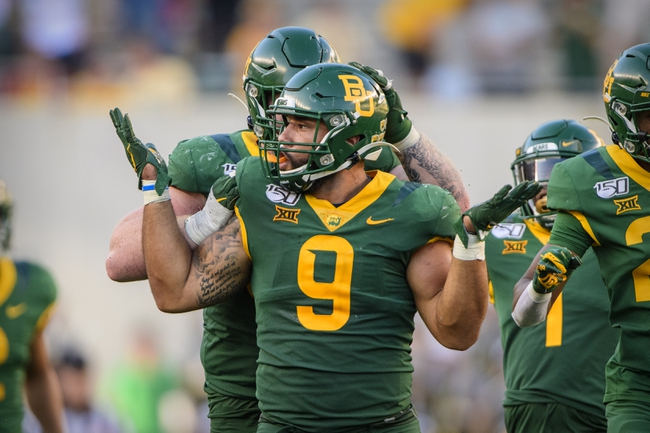 The Baylor Bears and the Kansas State Wildcats will meet up on the college football circuit Saturday.

Baylor comes in a smooth 4-0 this year. The Bears have thus far taken out SFA, UTSA, Rice and Iowa State in succession.

Over on the Kansas State side, they’re 3-1 this season. The Wildcats beat Nicholls State, Bowling Green and MS State in their first three games but then dropped to Oklahoma State in their last outing.

In the OK State game, Kansas State QB Skylar Thompson had 118 yards passing, with Samuel Wheeler hauling in a 39-yard catch to lead the receivers. James Gilbert led the rush on 44 yards and a score.

Baylor has had a couple of close calls over the past two weeks. They got by Rice 21-12 but had Iowa State right on their tail at 23-21. Kansas State will be a tough opponent here since the Wildcats are pretty good on the scoreboard this season. I’m going to stick with Kansas State here.