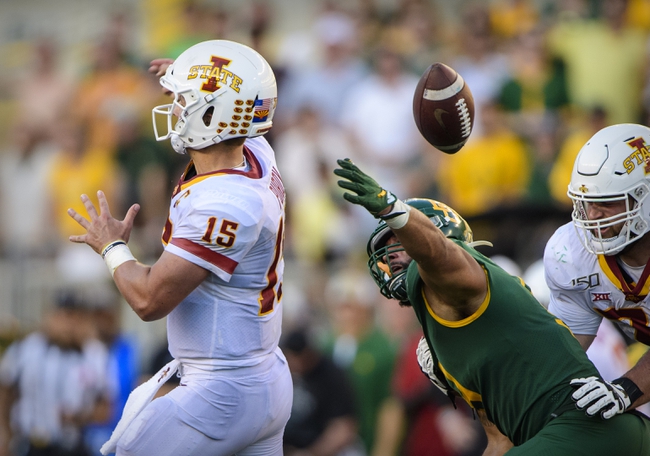 The TCU Horned Frogs and the Iowa State Cyclones will meet up on the college football circuit Saturday.

TCU enters this one at 3-1 overall. The Horned Frogs fell to SMU 41-38 in their third game, but otherwise they’ve taken care of AR-Pine Bluff, Purdue and Kansas.

In the Kansas game, TCU quarterback Alex Delton had 186 yards while Darius Anderson rushed for 115 and a TD. Derius Davis led the receivers there with 85 yards on two grabs.

Over on the Cyclones’ side, they’re 2-2 this year. Iowa State took out Northern Iowa and LA-Monroe but they’ve allen to Iowa and Baylor.

In the Baylor loss, Cyclones QB Brock Purdy had 342 yards with two TDs and one pick, while Johnnie Lang had 35 yards and a score rushing. Deshaunte Jones had 77 yards on seven catches also.

Overall, TCU’s been pretty impressive this season. They’ve scored at least 34 points in every game, and in their three wins they didn’t allow more than 14. Iowa State rolled 72 on LA-Monroe but otherwise they’ve been somewhat underwhelming on the scoreboards. I’m going to stick with TCU here.