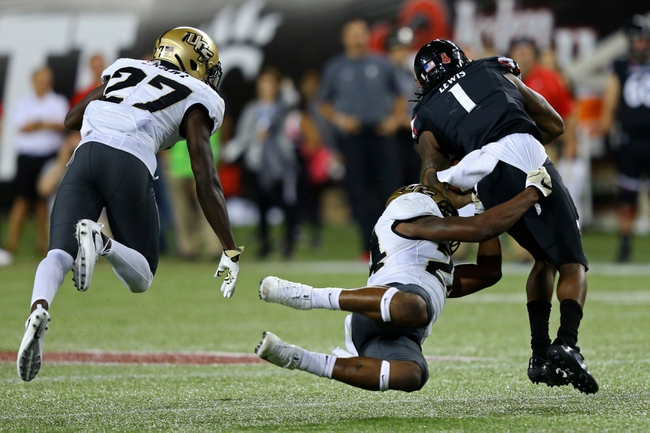 The UCF Knights look for a second road victory to improve to 5-1 on the season. The UCF Knights have won five of their last six road games. Dillon Gabriel is completing 61.7 percent of his passes for 1,338 yards, 14 touchdowns and two interceptions. Gabriel and Brandon Wimbush have combined for 16 touchdown passes this season. Gabriel Davis and Tre Nixon have combined for 789 receiving yards and 10 touchdowns while Jacob Harris has six receptions. The UCF Knights ground game is averaging 232.6 yards per contest, and Greg McCrae leads the way with 323 yards and four touchdowns. Defensively, UCF is allowing 19.4 points and 324.8 yards per game. Nate Evans leads the UCF Knights with 29 tackles, Brendon Hayes has two sacks and Tay Gowan has one interception.

The UCF Knights have covered five of their last seven road games as a favorite. The Cincinnati Bearcats have failed to cover six of their last seven games as a home underdog. Outside of a loss to Pittsburgh, UCF has beaten the breaks off of every team its played, and the speed at the skill positions makes this a tough team to defend. However, Cincinnati has handled business rather easily in every game its played outside of Ohio State, and I mentioned before the season that this was going to be one of the better Bearcats teams you've seen in quite some time. Friday night, under the lights, this is a game the Cincinnati Bearcats will want to flex their muscles and prove they're legit in the AAC. I liked this Cincy team from the start and there's no reason to back down now. I'm taking the points.