Evander Kane’s Performance Linked to the Quality of Casinos

Evander Kane notoriously enjoys a trip to the big casinos in Las Vegas, and visited the tables in April 2019 while the San Jose Sharks were in the city for the play-offs against Vegas Golden Knights. The left-winger, who has previously played for the Atlanta Thrashers, Winnipeg Jets, Dinamo Minsk, and Buffalo Sabres, visited the Cosmopolitan after Sharks lost 5-0 to the Golden Knights (a game in which he was issued a game misconduct for an incident with Colin Miller).

It marked two bad games for Kane in Vegas -- though he returned a week later to get a 2-1 win in OT -- but is there a correlation between his performance in those back-to-back losing games in Vegas and his visits to the casino? Fans like to criticize players for what they do off the ice, but does their personal life and what they get up to in their own time really affect their performance?

In our series exploring the effects of personal time pursuits vs game performance and the potential for using those correlations to make NHL picks, Pickdawgz analyzed the performances of Evander Kane over the last three seasons (2017-20) to see if off-the-ice habits had any effect on his output for the Sharks or if his performances stayed the same, regardless of off-the-ice distractions across the US and Canada.

To do this, we analyzed the top-rated clubs, casinos and other nightlife across various industries to calculate their effect on the performance of Kane. 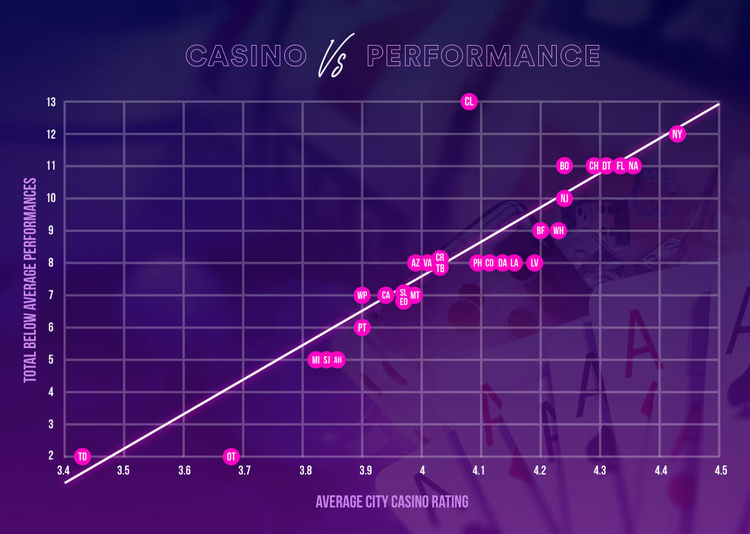 Our research suggests that there is a direct correlation between the average rating of casinos and the number of below average performances from Kane, and he performs worse in cities with the best casinos.

The highest rated city for casinos in places Kane played between 2017-20 is New York with a rating of 4.43, and that was where he turned in the second most below average performances with 12 altogether.

Toronto, where he performed best, had the fewest distractions away from the rink with an average rating of just 3.43 per casino according to Google reviews.

The other cities in which he performs badly are Nashville, Florida, Detroit, Chicago, New Jersey and Boston where he turned in at least 10 below average performances for each.

His worst city for performing was in Columbus, where he scored just one goal over three years, made no assists, scored just one point, averaged two shots per game and spent around 17 minutes on the ice on average. 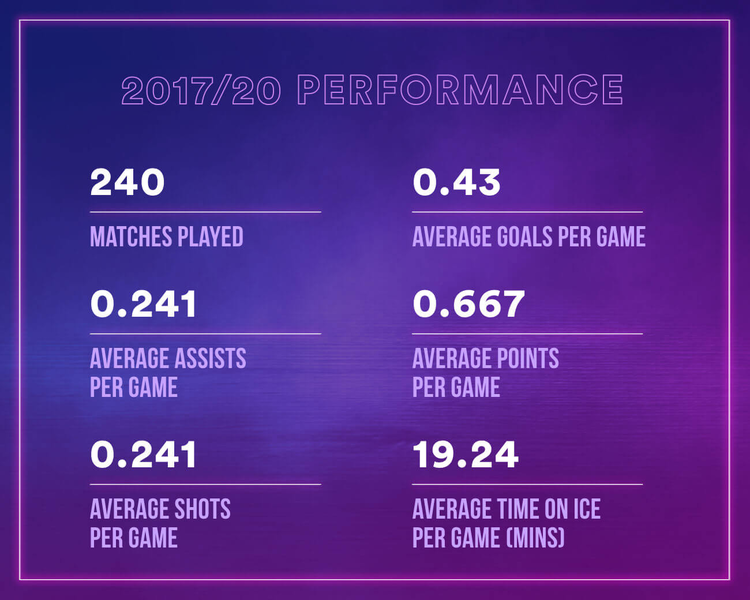 Methodology: The number of below average performances is worked out by assessing how many times Kane performed his cumulative average in each metric across every game. The very below-average performances came when Kane performed at least 20% worse in a performance metric in a game when compared to his season averages. The average nightlife rating has been calculated by using the review ratings of the top 10 Google results in each city.

The pick in this article is the opinion of the writer, not a PickDawgz site consensus.
Previous Pick
Tommy Pham’s Performances Linked to Quality of Strip Clubs