Lamar Odom is a familiar figure around the world -- to Kardashian fans, basketball fans….and to strip clubs. The former basketball player enjoyed a title-winning career spanning 14 years and stints with the LA Clippers, Miami Heat, LA Lakers, Dallas Mavericks, the Clippers again and then Laboral Kutxa Baskonia in Spain. He is arguably better known to many for his appearances on Keeping Up with the Kardashians and subsequent reality series Khloe & Lamar following his marriage to Khloe Kardashian - which ultimately ended after problems with drugs and infidelity, often involving strippers.

There were plenty of allegations flying around that the former Lakers man enjoyed a visit to various strip clubs with his teammates, and he has even admitted to having relations with several strippers only for Khloe to walk in in the middle of the action.

Since Odom's exploits are well known and acknowledged, we thought he would make an excellent case to study for a correlation between off the court activities, their affects on on the court performance, and can those correlations be used to make NBA picks?

Pickdawgz has analyzed all of the games played by Odom in the four-year period he was with Khloe Kardashian (seasons 2009-2013) because this timeframe is the most documented and verified, and compared his performances in cities with higher rated strip clubs compared to those cities in the US that have lower rated strip clubs, as rated by Google reviews.

The results show that Odom, who amassed over 12,000 points during his playing career actually performed BETTER on average in cities with highest rating strip clubs - such as LA, New York, New Orleans and Detroit - over the four year period he was with Khloe Kardashian.

Now it’s not up to us to speculate as to what motivated Odom to perform better, but in that period, Lamar’s best performances came in Toronto, the city which actually had the worst-rated strip clubs on the circuit. 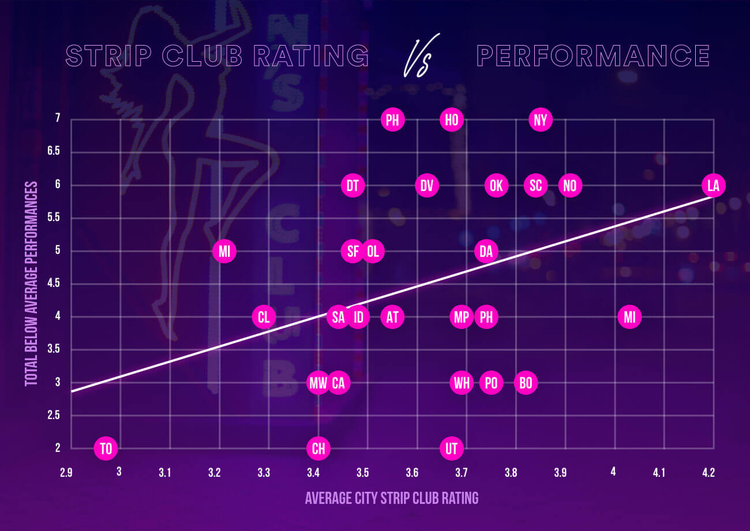 While playing in Toronto, Odom only turned in two very below par performances - with his 3 point % and points per game stats way down on his overall average in 2012-13 - but otherwise turned in above average performances in the city, which has an average strip club rating of 2.97 out of 5 according to Google reviews.

The places in which Odom performed worst were in New York and Houston, averaging seven very below average performances in each over the seven matches he played between the two cities in that three year period.

Of those two, New York has the higher rated strip club on average at 3.85/5 and his performances were so bad in the city that he only exceeded his three-year averages in his points per game and 3 point % in 2010-11, before those stats dropped rapidly in his subsequent visits. 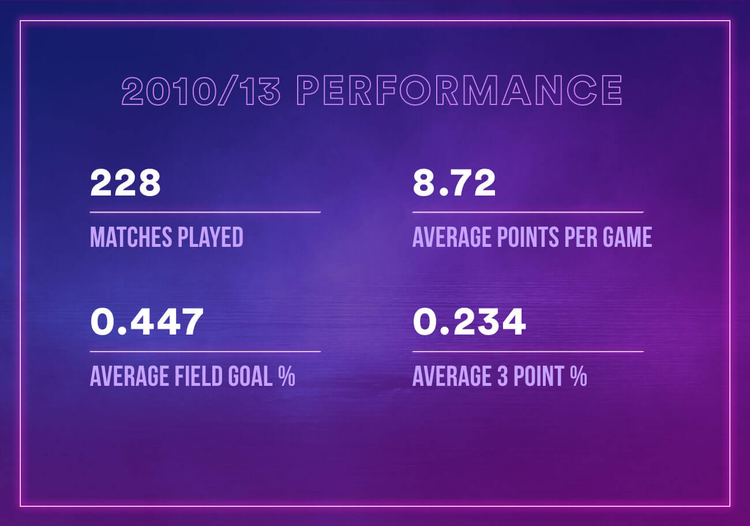 Were the patterns in form really related to partying too often and not focusing on his profession, or are they merely coincidence?

Methodology: The number of below average performances is worked out by assessing how many times Odom performed his cumulative average in each metric across every game. The very below-average performances came when Odom performed at least 20$ worse in a performance metric in a game when compared to his season averages. The average nightclub rating has been calculated by using the review ratings of the top 10 Google results in each city.